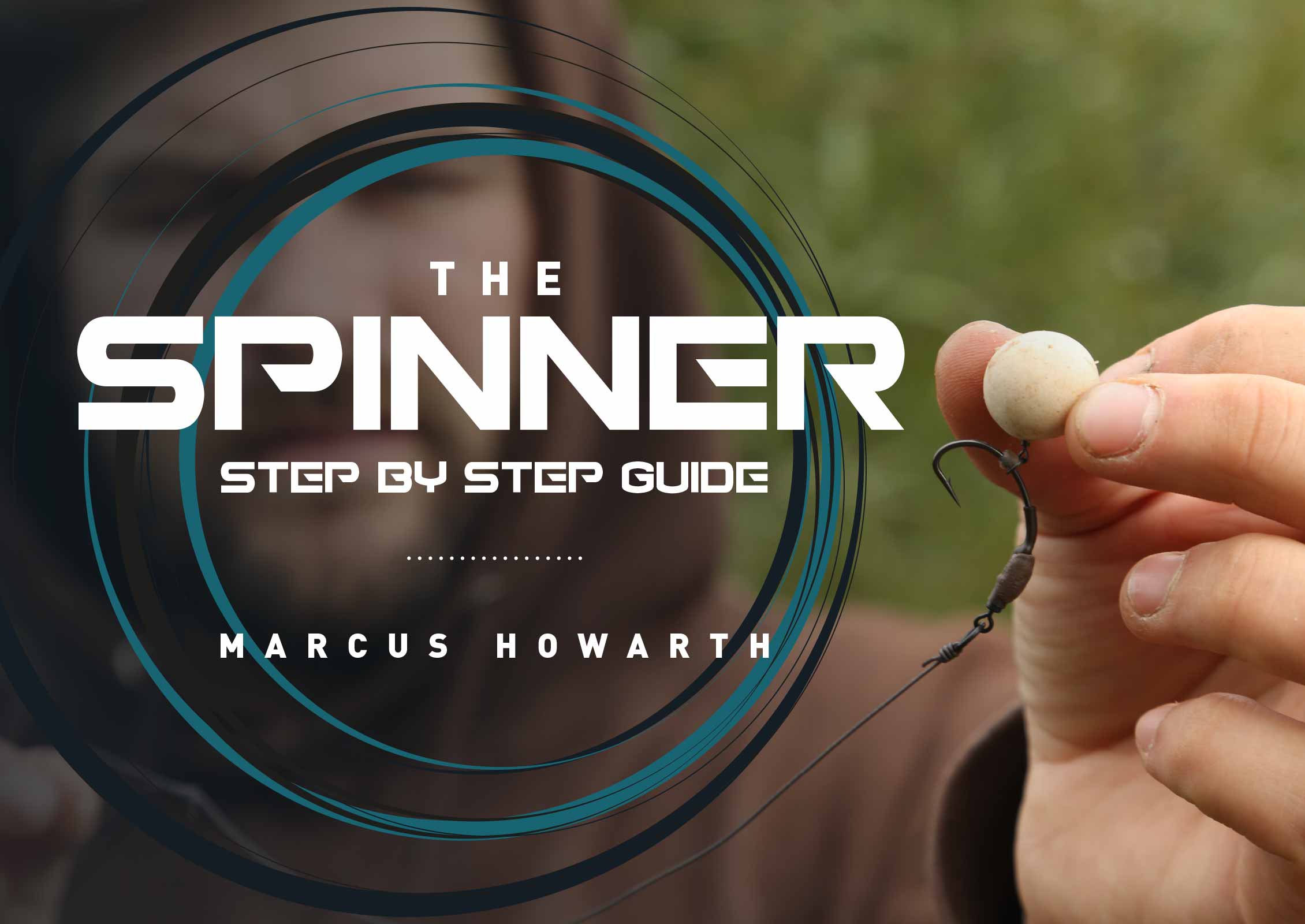 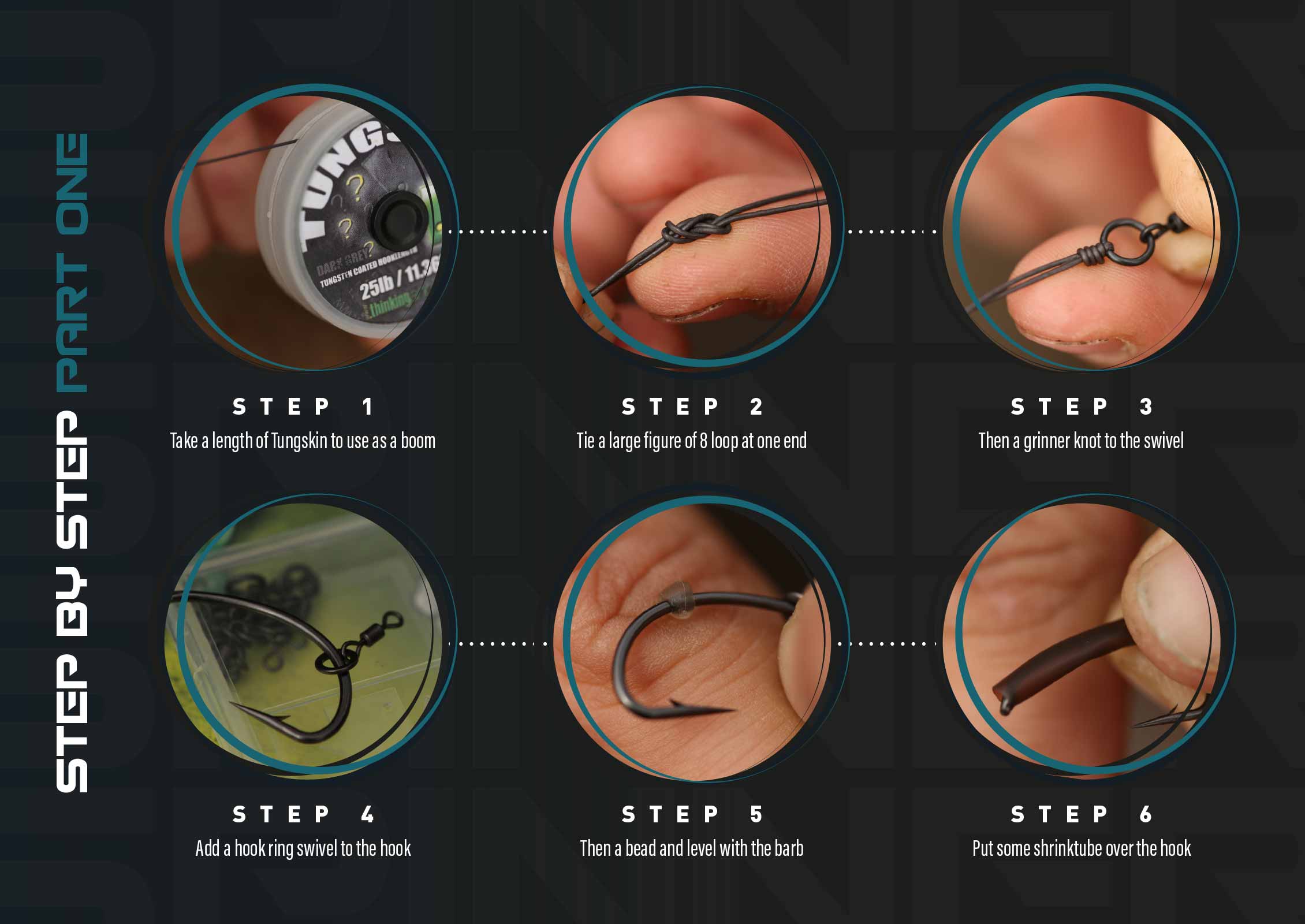 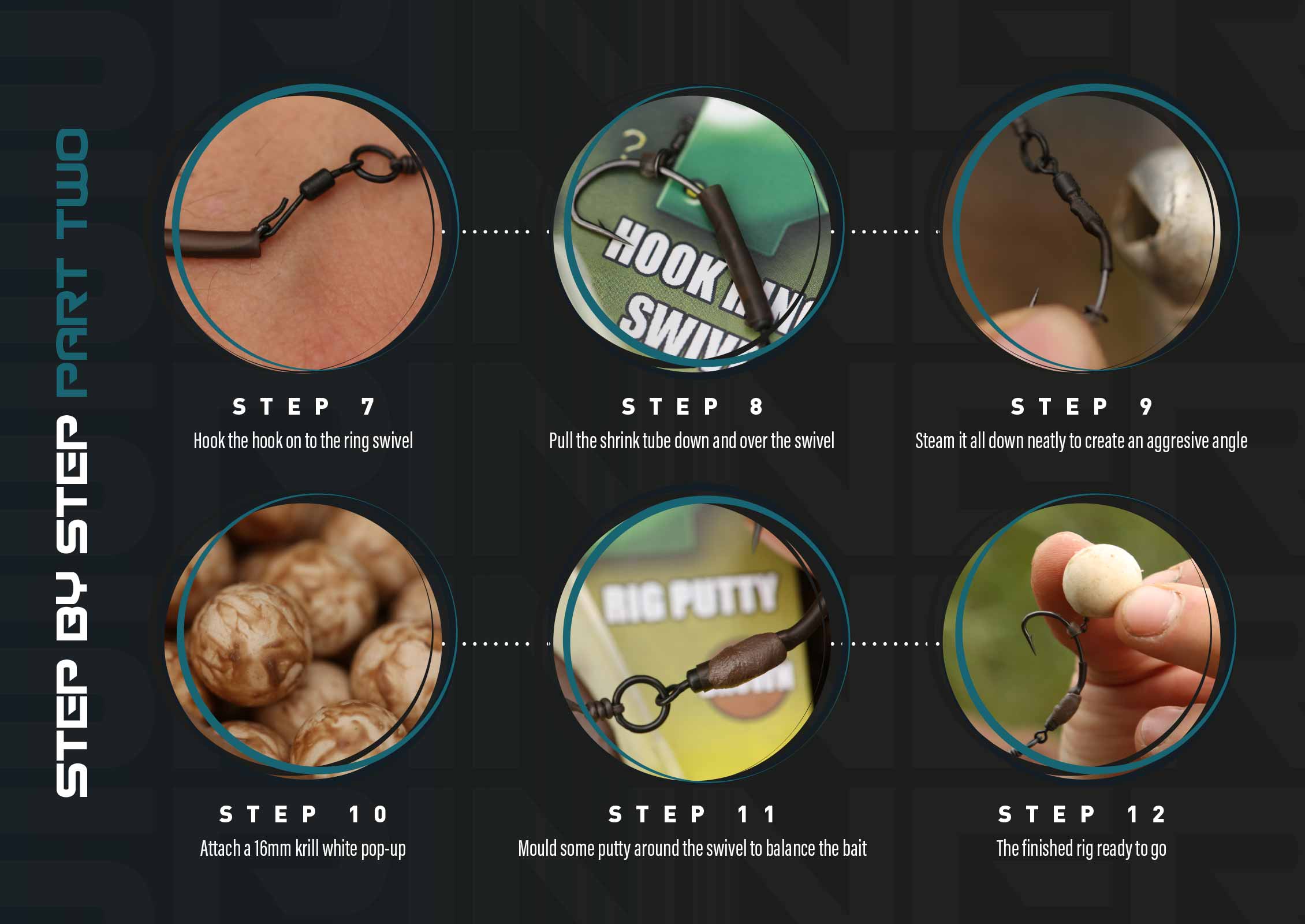 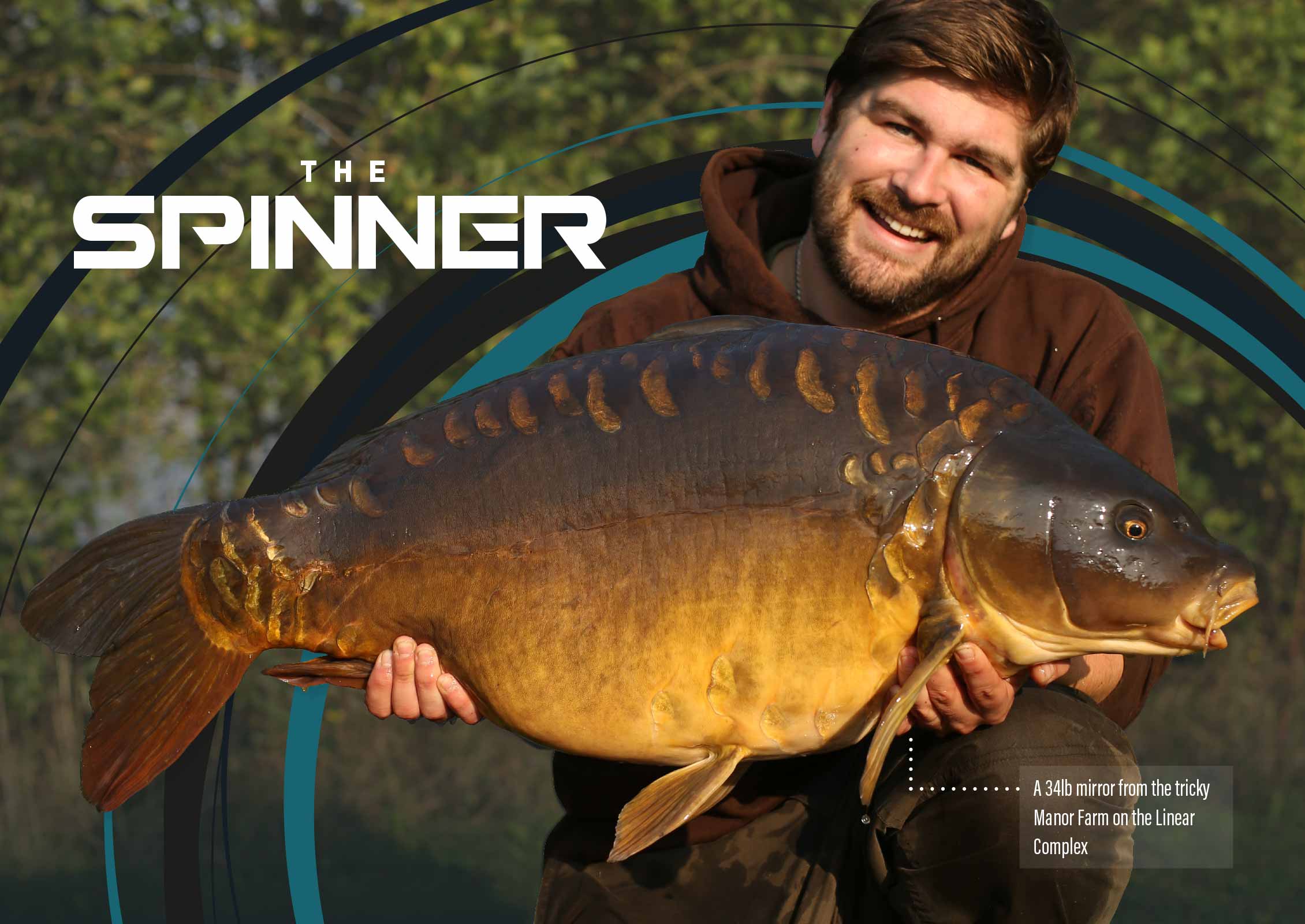 Marcus Howarth on The Spinner // Text Only

I had heard about this rig for a while, but had never given it much thought. It is called all sorts now and I think all sorts of people are claiming it, but I first heard about it a year or so ago when Dan Wildbore explained how a friend had been using it for a while and to great success too. The more I had heard about it, the more it got me thinking and wondering if it really could be an edge. You know what it is like, someone comes up with the latest special rig and within weeks it is forgotten about.

I am not one to jump on the going thing, much preferring to stick to what I know and the rigs that I am confident in. This rig though, sounded a wicked little pop-up rig and I had to give it a go.

I got a few of the bits that I thought I would need to tie it up and had a play around with it at home. I first decided to take it to one of the Fosters of Birmingham syndicate waters. I managed 5-bites, which is good going for there and each one was on that rig. The hook holds were bang on, never coming out and not causing any damage too, which was my biggest concern.

The basic mechanics of the rig is very similar to the 360. That rig is undoubtedly one of the most successful rigs out there, but has a tendency to cause bad mouth damage, hence why so my fisheries have banned them,

This one doesn’t cause the same damage, but it does behave in a similar aggressive nature. No matter what way the fish comes to pick up the bait, the hook will spin round and catch hold in the mouth.

This is one of the main reasons this rig is so effective, there is so much movement going on from the ring swivel and the Hook Ring Swivel. What’s more, it sits so low to the bottom, it can even be fished on a clean lakebed.

I have only ever really used pop-ups when fishing on the weed or the silty areas, but with this, it can go on virtually anything. If I find the bottom to be smooth with a hard drop transmitted from the lead to the rod, I would be happy to fish this rig and have done for a few months now.

It sits so low to the bottom, it doesn’t look suspicious to a carp at all and with the way it sits, the hook disappears. What I really like about it too is that if the pop-up is left out over a period of time and begins to take on water and lose buoyancy, the rig will sit down like an aggressive wafter rig.

So even if the pop-up fails on you, the rig will still be working efficiently. The key for me is the movement side of it and combining that clip style swivel with one of the thinking Anglers Hook Ring Swivel, gives the bait and rig so much movement.

I have taken it everywhere I have gone now and am yet to blank and even lose a fish. A few weeks over on the often-tricky Manor farm Lake on the Linear Complex confirmed that even the riggiest of carp will fall for it, having caught a number of carp to over 34lb.

Being predominantly a boilie angler, it suits my approach for fishing on a variety of lakebeds and in a number of different situations. I love fishing in on firm, clean bottoms and with a nice Tungskin boom section to pin it down and kick it away from the lead.

With a 12mm Krill pop-up, it will sink slowly when used with a size 6 hook. For a 16mm pop-up, I mould a small amount of putty around the swivel to bring the bait down nice and slowly. 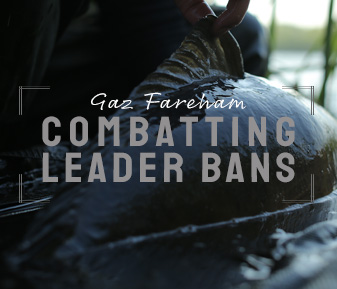 Gareth Fareham discusses how to combat a lake with leader bans or fish an unobtrusive set up for gin clear waters. 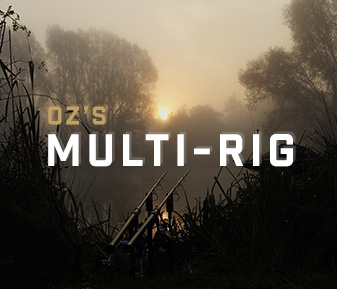 The Multi Rig is one of Oz's favourite rigs for the winter period and he explains how he tackles a big lake when the temperature drops. 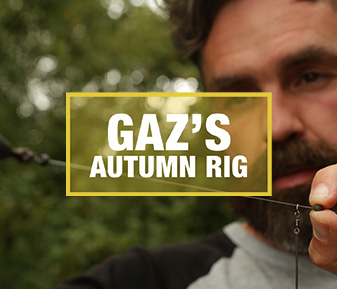 There is one rig that Gaz comes back to time and time again, the 'Autumn Rig'. It's quick to tie and super reliable in the most demanding circumstances. 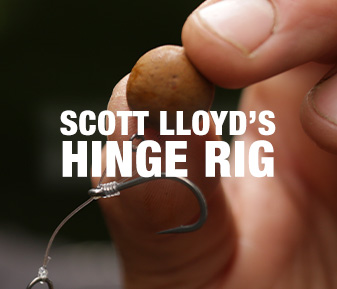 The Hinge Rig is without a doubt Scott Lloyd's favourite rig; if your spot isn't clean, this rig ensures you are presented correctly 100% of the time. Follow Scott Lloyd's in-depth step by step guide where he explains how to tie and get the best from his go-to rig…The Noodle Rig. Steve Renyard shows us step by step on how to create the Withy Pool Rig & Hermit Lead set-up, using two rigs in harmony to bag those all important carp. In The Edge Rig – Ben Hamilton

Follow Ben Hamilton's guide on how to create an In The Edge Rig, helping you catch your carp with ease, just from the edge using a well crafted rig set-up. Follow Marcus Howarth's guide on how to create the Helicopter Rig, with the versatility enabling you to adjust depending on the spot that you are fishing 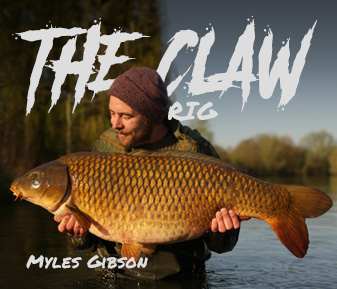 Prolific big-fish-angler Myles Gibson runs us through his go-to rig that has seen him catch an obscene amount of big fish in recent years. Scotty K talks singles hookbaits, pressured venues, wary carp and the effect fine tuning rigs can have in their downfall. Scotty K – The Interview Part I 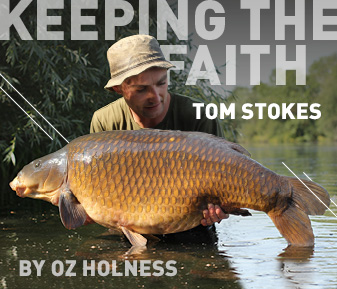 Oz Holness chats to Tom Stokes about all the sweat, determination and hard work in his pursuit for the ultimate carp: The Burghfield Common 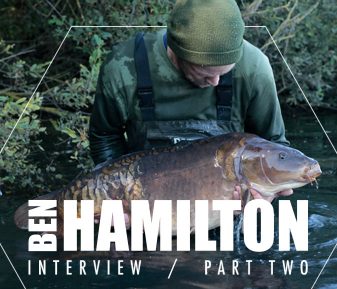 An in-depth interview with Ben Hamilton, where he shares some of his favoured tactics carried forward from venue to venue. Take a look at part two of our Liam Duncan interview where we gain insight into the methods and techniques used to achieve the ultimate success. Oz Holness explains how stripping back the gear to a bare minimum will allow you to stay fresh and mobile, which will put more carp on the bank Marcus Howarth explains the effectiveness of using a Spinner Rig on a variety of lakebeds; even the riggiest of carp will fall for this simple step by step. Liam Duncan usually goes quietly about his business, but here he allows us to probe into some of his ventures such as his time spent on St Ives