From low stock off-the-radar pits, to catching his second UK carp over the 60lb mark. The final instalment of our Si Bater interview is a good one!

From low stock off-the-radar pits, to catching his second UK carp over the 60lb mark. The final instalment of our Si Bater interview is a good one!

‘Yeah mate. It has such a great history for producing and maintaining good fish. It’s all a factor; the buzz and the scene, it’s all part of the package. Excitement feeds off the unknown and boredom feeds off repetition, so I like all aspects to come into play when I’m searching for a new water to fish.’

‘Yeah, that was a little lake tucked away up there, I didn’t even know if that carp was still in there. There was a lot of rumour and speculation. When it was first caught and published, it all got a bit silly up there for a time and that wasn’t the time to fish it. So, it just went in the memory bank, but I kept an eye on it. I was doing a bit of time up the road, just the nights, so when I packed up about 7AM I would go for breakfast and then walk this little place. It was always pea green, I would look and think the quality of the water was poor, but I just knew something would occur eventually so just kept looking. It all clicked in June though. The duckweed would almost form a lid on the pond, and you had this transition where it would kill off the algae for a few weeks, it would go crystal clear before the duckweed eventually covered the whole surface. It was the perfect time. I sat on the bucket and watched these clear spots, confident that if the mirror was still there, I would see it at some point. Just as I went to go and get some food, I passed a gap where the duckweed had gathered and glancing in, saw the duckweed sort of tent up. It was clearly a carp and I was pretty sure there was only one in there at this time. I came back with my food, moved my kit round to the zone and soon saw the one I was after. A little trap was set and later that night, she was mine, just incredible really!’

‘I was so lucky mate, timing and luck is so crucial sometimes. You make your luck to a certain extent. I know on some waters I’ve fished a lot of good anglers have caught the fish in a very short time, yet it’s taken me a bit longer. Sometimes you get lucky and some take time! Often, it’s just that one extra lap or a bit of fate that gives you a chance. That sighting can change everything.’

‘It could be as little as one chance in a year or one in two year, or one in ten years on some places! It’s very rarely an easy ride. But the again, a good mindset to have is that they are big fish, and they have to eat to fill their requirements. A big fish needs to forage for a couple of pounds of food, so I look at it like this. If they are out there eating, what am I prepared to put myself through to try and catch one? Whether that means 20 laps, 50 laps - what will it take? Sometimes it seems boring, it’s not a little gadget to sell anyone, it’s just looking. Subtle little signs and opportunity make it happen for me.’

‘It all goes back to your venue choice. It needs to be somewhere you enjoy. The carp are almost a by-product of enjoying being in the countryside amongst nature. That’s the key. That extra lap is not an effort, you might even see the kingfisher or bump into Mr. Badger! The whole package has to be there. The more you understand what’s around you, the more you understand the carp and how your lake works. It’s a big set of cogs around a lake and it all fits together in a certain way. We have to tap into that.’

‘Great fun! Yeah, I tell you there were some really great characters! To start with Martin is a really great character himself. You had Sam, Alan, a really famous old school angler Mickey Sly, a good mate of mine Chris Swayden, etc… It was almost like a soap opera every day and I worked on the bait side of it. Solar was a great company to work for, British made stuff and although I’m not involved or in touch with it now, the bait then was very progressive for the time. Real good quality stuff, like a cottage industry almost. We did a lot of traveling on the promotion side of it, all over for trade shows etc. Zwolle was as amazing, as I know it still is. It’s a huge scene over there, and we noticed straight away the European market was a bit different to us. They wanted everything really big! Our Glob-Trotter Pod was massive, but these boys would turn up and want the big extension legs straight away! A real eyeopener.

The Dutch guys over there made such a fuss of us, the loveliest people, and nothing was too much trouble. A real social scene, we would all go clubbing most nights. We did a lot of fishing abroad too. One year I caught carp from five different countries just doing work nights. Real good times.’

‘This is where I am right now to be honest. I do admire them old boys that go on the road trips, looks a good bit of fun. But my fishing, as you know Ozzy, it’s all or nothing with the big carp fishing. It’s like with all the investment of time and money into what we do over here, you can’t have it all. You have to sacrifice something. With my UK angling it’s like how long is a piece of string? You can’t just book in, catch the one you want and then go home again. I couldn’t really afford the time or money to split my fishing with the abroad stuff. I did go on a little holiday in the autumn to Abbey Lakes and enjoyed it for what it was. Nice to meet other people and watch how they all fish, all innovators and a lot to be learned.’

‘Well, it goes back to that old run of luck we were talking about earlier, when everything clicks into place. It was a CEMEX ticket for a long time, with a big old mirror that had gone 50+ and was caught by a number of very well-known anglers at the time. Basically, CEMEX sold their portfolio just as my ticket came up. As if by luck a really good friend of ours, Jim Hepper, knew the people looking after it so basically CEMEX wanted a group of anglers that fished different times of the week to keep an eye on the place. Perfect! I was so lucky... It was a funny old place, as basically we were fishing on an egg timer. We had 4 months at a time to deal with. At any point it could be sold, and the fishing gone. Every second counted on there but what a place. I met Ben Hamilton from Thinking Anglers down there and we struck up a great friendship. I am in the fortunate position now of being a consultant for Thinking Anglers tackle company, alongside Fortis and Sticky, my only real ties with the industry these days. He was so refreshing and had a different outlook on it all, which I loved. When I was involved in the industry before, it was all about heavy, push, push, marketing… High fiving and all that, just not me. Like I say, meeting Ben was like a breath of fresh air and such a good angler too! We just hit it off and I wanted to be involved in the ethos of that company and so here we are today! We had a good crew down there with Tim and the Hofgartners - Tel and Si. You could really angle down there, just really refreshing, and for a real big’un that you could bump into most days if you had a good look around. That was one hell of a fish! In the CEMEX days there was a good few sponsored guys fishing and walloping in loads of boilies, we thought that when it all finished the big mirror would drop back in weight but then Ben caught it – it was an upper 50! Things went a bit sketchy, and we thought we would run out of time, but I got it right in the end… Three days after the full moon, 60lb 4oz, so what an ending!’ 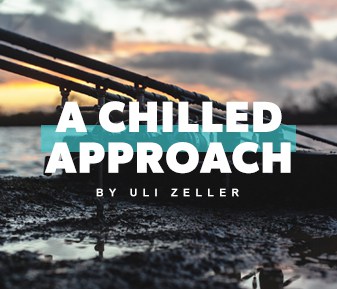 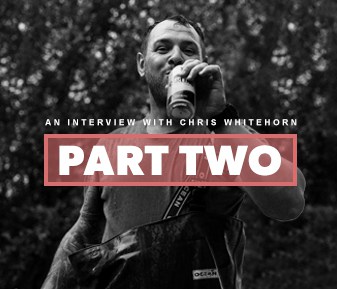 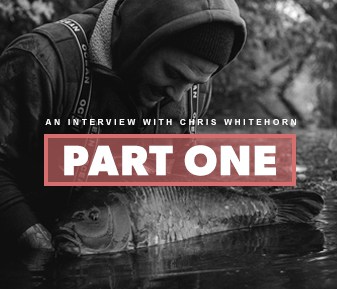